Aircraft Integration Facility for  A350 Cabin0 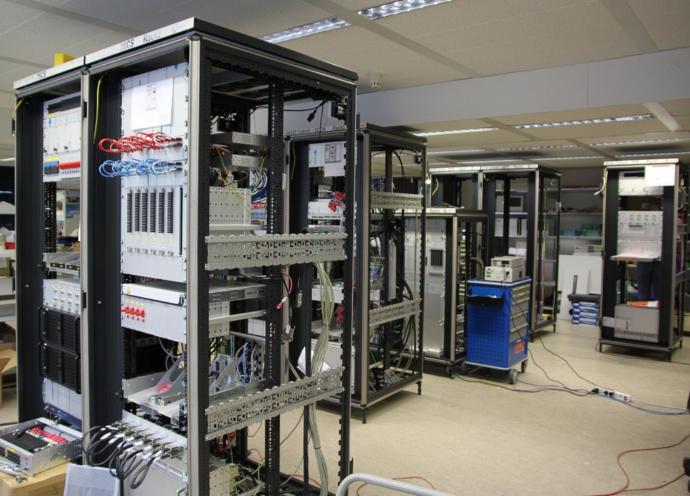 A key part of the Airbus integration strategy of A350 is a series of 'Zero' means. These test facilities are a complete representation of the systems on the aircraft. These means are as close as Airbus can possibly get to MSN001 - hence the name 'zero' (MSN000) means.

The cabin systems are tested in Cabin0 in Hamburg (Germany).

Everything from the air distribution system to the In-Flight Entertainment (IFE) system and toilets must be tested. This is all done on a series of FIBs (Functional Integration Bench) linked to a mock-up of the full A350 XWB fuselage and known as cabin0.

Cabin0 is used to perform a series of virtual cabin flights to test all the cabin systems prior to the first flight of MSN002 (the first development aircraft with the full interior).

During these virtual flights, airline cabin crews are used to simulate the cabin operational environment and ensure correct operation of all the cabin systems.

The first tools used by the Airbus Flight and Integration Test Center to start integration
testing are a fleet of Functional Integration Benches (FIB). These benches
cover almost the complete scope of the systems present on the aircraft with a
mixture of real hardware (systems under test) and models for systems not present.
The benches vary in complexity, but are all similar in architecture and are designed
to test a ‘function’ on the aircraft. Examples include the ‘Fuel FIB’ where the
complete functionality of the fuel gauging and management system will be tested.

TechSAT has delivered all 15 FIBs for Cabin0 to Airbus.

All FIBs are based on ADS2 product and the experience with the A380 and A400M test facilities delivered by TechSAT to Airbus. 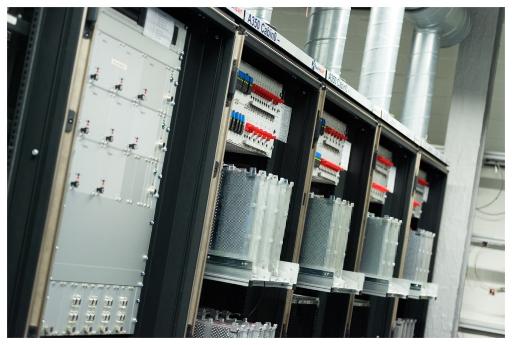 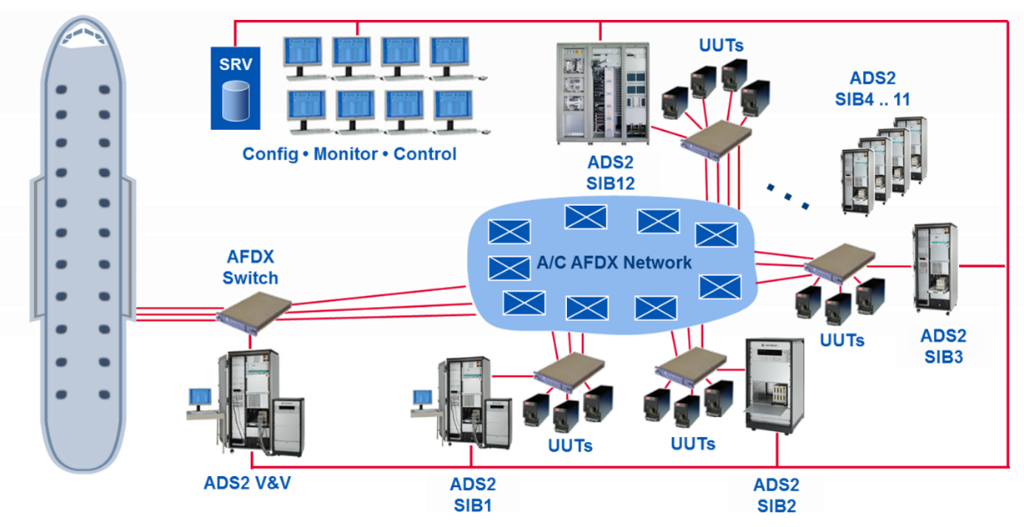 The purpose of Cabin0 is to integration and verification of whole cabin systems of A350 at function / aircraft level under the responsibility of Airbus as aircraft integrator. 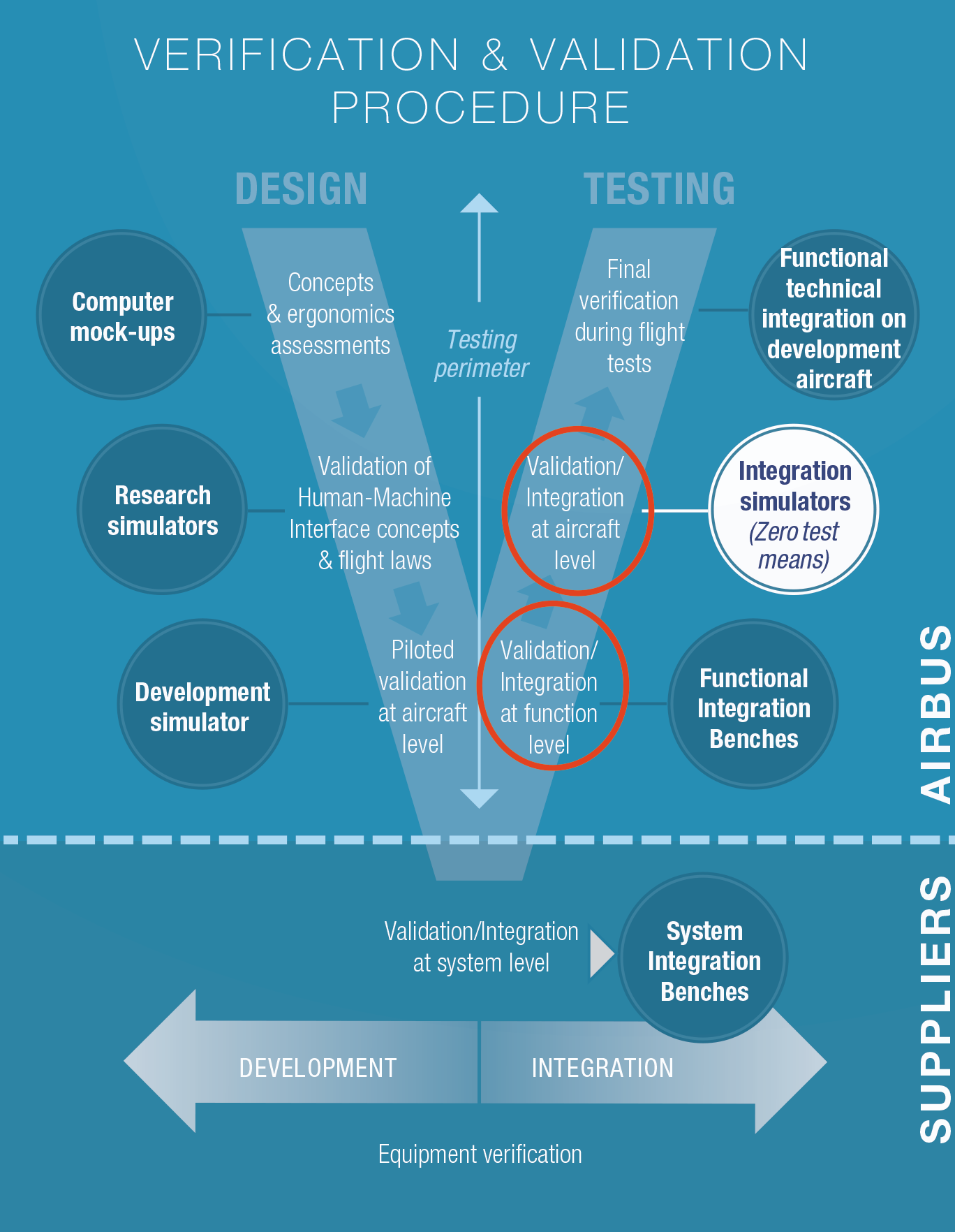 The covered ATA chapters of Cabin0:

All FIBs can be configured to work standalone or to be clustered in any combination. Each bench can simulate the entire environment of the System under Test.

In integrated mode all Systems under Test are connected like in the aircraft and only the environment is simulated.

This type of testing is specially focused on the integration of a given system with the other systems around it.

For this type of testing, a Mini Cockpit is used to allow 'real captain' to operate virtual flights..

For the operating testing, an Integration Simulator located in Toulouse (France) is connected through network to Cabin0 FIBs.

The simulator is operated by a 'crew' in a simulation of events that could occur in flight. During these tests, the overall performance of entire aircraft with cabin systems is under scrutiny.

The aircraft mockup is used for final formal verification of all aircraft cabin systems and it is connected to one large ADS2 test bench which simulates the flight environment and monitors all important signals.